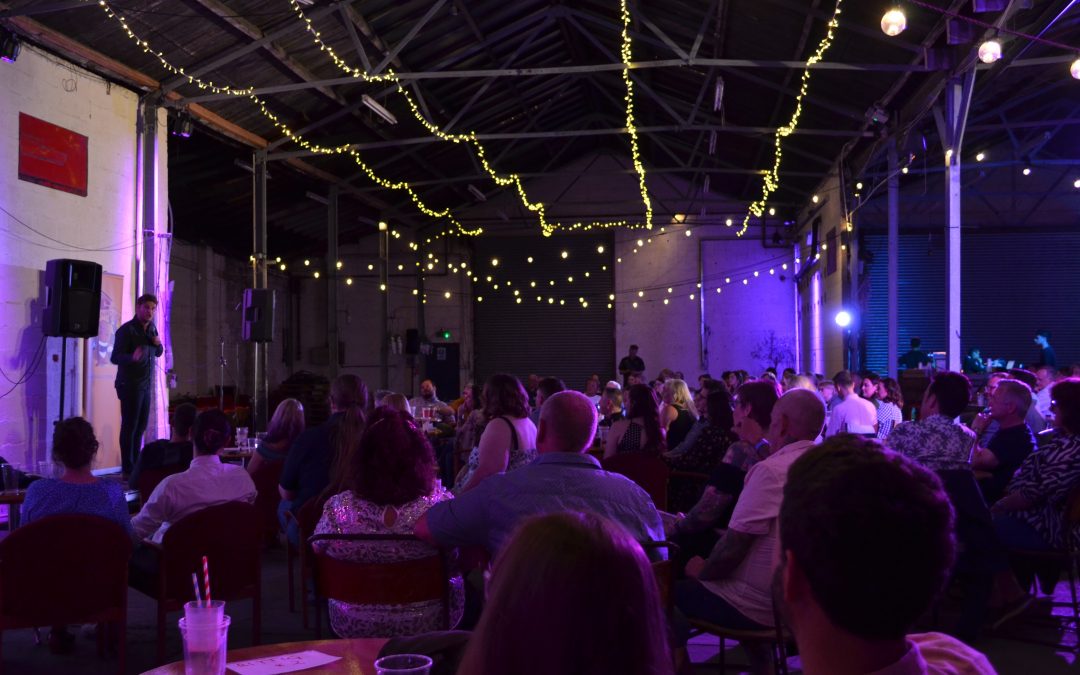 Our live stand-up comedy show will be bringing some of the UK’s top comedians back to The Garage! Here’s your line-up:

On the radio, Paul has recently co-hosted the Rock and Roll football on Absolute Radio and the Warm up on TalkSport as well as guesting on Rob Beckett’s show on Absolute and performing Stand up on Russell Kanes Whistlestop Tour on Radio 2. Paul is also the co-host of Radio Xs The Britpopcast, a brand new podcast all about 90s music with George Lewis.

Paul has recently appeared on major UK tours with two of Britain’s foremost stand ups, Sean Lock and Kevin Bridges – playing to more than half a million people in Arenas and theatres to great critical acclaim. He has also been the support act for Michael Mcintyre, John Bishop and Lee Mack. 2019 saw McCaffrey take to the road for his first solo headline tour ‘I thought I’d have grown out of this by now’, playing to packed houses across the UK. In Spring 2020, he’ll be hitting the road again in his own right this time, with hilarious new show LEMON.

An award-winning comedian (Latitude New Act of the Year, London Paper/Soho Theatre London Comic Competition), One of the most in demand headliners at all the major UK comedy clubs. He has performed Seven critically-acclaimed Edinburgh shows, as well as performing comedy at major music festivals such as Reading, Leeds, V Festival, Bestival and Latitude.

Micky P Kerr is a Leeds-based comedian who is offering a superb edge to the comedy circuit, combining music, spoken word, comedy & catchy songs. Kerr was once described as the bastard spawn of John Cooper Clarke. His song ‘Bag for Life’ was a favourite but which also baffled Simon Cowell in this year’s BGT final! Last year he took his solo show ‘Lay –Z’ to the Edinburgh Festival receiving huge acclaim. In 2016 Mickey was also a runner up in the national musical comedy awards and reached the semi-finals of both the So You Think You’re Funny and the BBC New Act competitions.

A multi-award-winning comedian who likes to investigate life.

A friend once described Robyn as “enthusiasm over organisation”. And when life doesn’t go to plan, Robyn uses her scientific background to explain why, whether it be a question of love and morality, decision-making or, winning a game of monopoly.

Honing her comic skills on the British, US and now Australian comedy scene, the “exceptionally charismatic” (Voice Magazine) Robyn has tackled some of life’s biggest and most emotionally charged topics on stage, and brought them right back to the audience with personal, relatable and hilarious real-life anecdotes. This has brought her international success, winning Sydney Fringe’s Comedy Award in 2019 and was a weekly winner of the comedy award at Perth FRINGE WORLD in 2020.