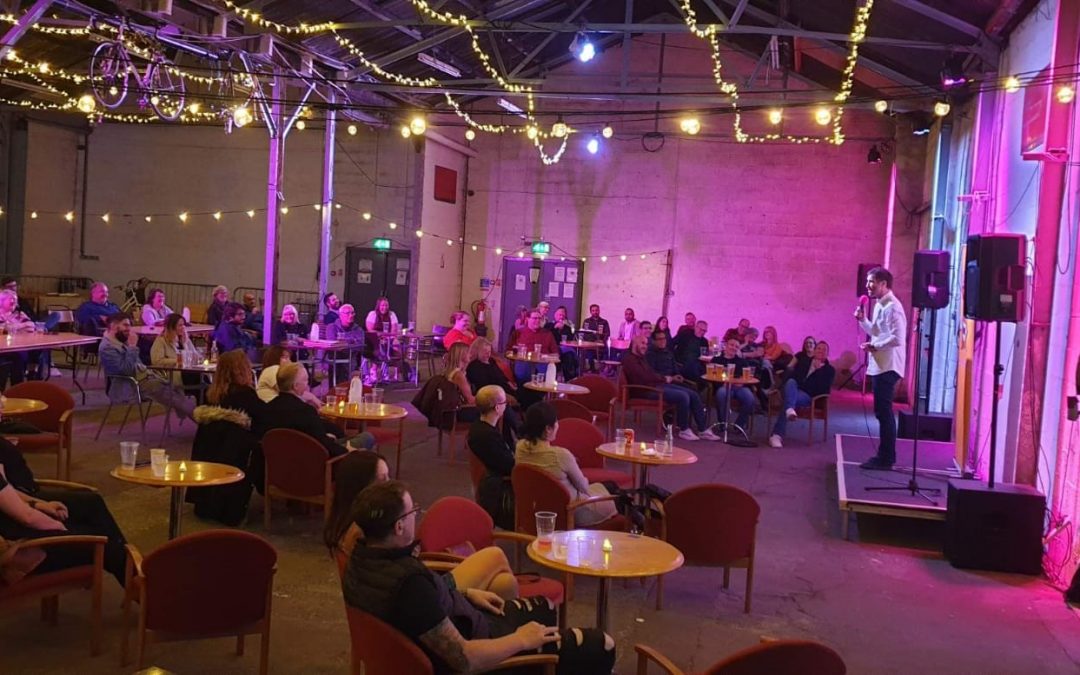 Returning this Autumn and Winter 2020, our live stand-up comedy show will be bringing some of the UK’s top comedians back to The Garage! Here’s your line-up:

Daliso Chaponda – Malawian stand up comedian Daliso Chaponda began his career in Canada with the acclaimed one man show, Feed This Black Man. Later moving to South Africa and then to the UK, he established himself on the comedy club circuit and appeared in a mixed-bill show at the Edinburgh Festival.

A highly in demand comedian, he has performed at comedy festivals around the world including, Melbourne, Edinburgh, Singapore, Cape Town and the Just For Laughs festival in Montreal.

Mark Simmons – Mark is an exceptional one-liner comedian. It won him a place in Dave’s prestigious Best Joke of The Fringe in Edinburgh 2017. His solo show at the festival, One-Linerer was also a huge hit, with sell out shows every day and was nominated Best Show by the Amused Moose Comedy Award Fringe Show 2017. He then continued this success with his follow-up show, One-Linererer, which was also a sell out! Also, he has been recently supporting Seann Walsh, Rob Beckett and Rob Brydon on their national tours, as well as one off shows supporting Michael McIntyre, Sean Lock and Jack Dee.

El Baldiniho – El Baldiniho is a magician and prop comedian performing on TV, in comedy clubs, and festivals across the UK and beyond. Seen on Britains Got Talent 2019 and touring with his hilarious set of mind-boggling magic tricks and prop gags.

“Evoked the spirit of Tommy Cooper” Bruce Dessau ,  Evening Standard
“4 yeses! You’re through to the next round “ Simon Cowell, Britain’s Got Talent
“El Baldiniho had the best joke of the night“ Steve Bennett , Chortle
“Mind-bogglingly daft’” Agraman
“One of the funniest things I’ve seen” Rich Hall, Comedian
“Hilarious” Glee Comedy Club
“He’s a gag machine “ Stephen Mulhern, Britain’s Got More Talent
“As ever, El Baldiniho was brilliant” Up The Creek Comedy Club

PLEASE ENSURE YOU BUY TICKETS AS A HOUSEHOLD ONLY.