COMEDY – LIVE AT THE GARAGE 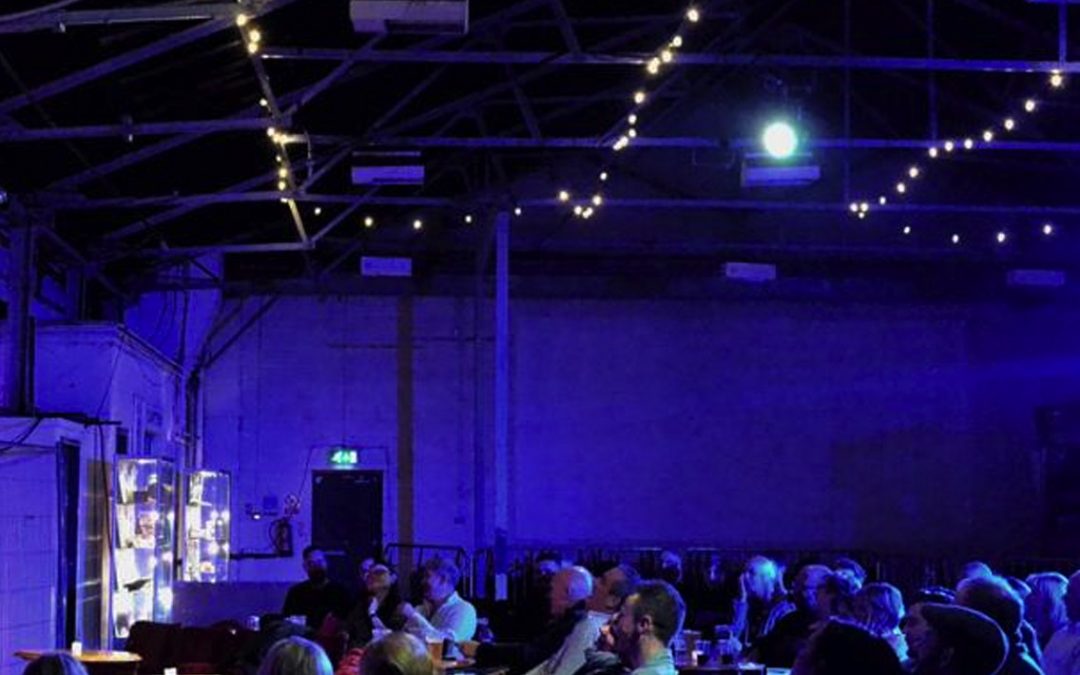 Returning this Autumn and Winter 2020, our live stand-up comedy show will be bringing some of the UK’s top comedians back to The Garage! Here’s your line-up:

Hal Cruttenden is one of the top stand up comedians working in the UK today, as well as being a highly accomplished writer and actor.

He has made several appearances on ‘Live at the Apollo’ (BBC1 and 2), ‘Have I Got News For You’ (BBC1) and ‘The Royal Variety Performance’ (ITV) as well as his regular appearances on shows such as ‘Mock the Week’ (BBC2), ‘The Great British Bake Off: An Extra Slice’ (BBC2 and Channel 4) and ‘The Apprentice: You’re Fired’ (BBC2). On the radio, the second series of his sitcom ‘Hal’ (co-written with Dominic Holland) was recently broadcast on BBC Radio 4 and he has released two comedy DVDs, ‘Tough Luvvie’ (Universal) and ‘Straight Outta Cruttenden’(Amazon Prime and NextUpComedy.com). He has toured the country extensively and, in the last two years, has also taken shows to the Melbourne Comedy Festival and the New Zealand Comedy Festival.

“Comedy gold…Bird’s going to be a big star, catch him close-up now” The Scotsman

Andrew is a top headline act up and down the country and has performed all round the world. He has been tour support for Rhod Gilbert, Rob Brydon and on his recent arena tour Michael McIntyre including Wembley and the O2. He’s one of only seven comedians to perform for Banksy at Dismal Land. He’s written on TV shows Jon Richardson’s Ultimate Worrier, 8 Out of 10 Cats Does Countdown and Lee Mack’s Duck Quacks Don’t Echo and is a regular guest on BBC Radio’s The Rhod Gilbert Show.

“Birdie supported me on my arena tour and made me laugh every night. A truly excellent comedian” – Michael McIntyre “

A great storyteller, funny, likeable and effortless” – Time Out“

“One of the most naturally hysterical and gifted comedians in recent memory.” Joe Lycett

Lindsey Santoro has taken the circuit by storm since making her debut in 2014. Still one of the best hidden gems on the circuit Lindsey, who hails from Birmingham, has in her short time earned a place in the finals of both the English Comedian Of The Year and the Funny Women competitions.

Lindsey has also popped up on the radio appearing on BBC Radio 2 and 4 and regularly on Brum Radio and BBC West Midlands.

On top of that she has performed as part of the Best In Class show at the 2018 Edinburgh Fringe and has appeared a grand total of four times at the Birmingham Comedy Festival, including her debut hour solo show in 2018, and three times at the Leicester Comedy Festival.

Lindsey recounts tales of her misadventures in life, all in her trademark down to earth, madcap, side-splitting style.